Did you know that Charles Dickens visited Roosevelt Island just before writing "A Christmas Carol"? Bring back the ghosts of Roosevelt Island in a show that is current and relevant to today's issues and our international RI community, while driving home messages of equality, human connection and compassion. What do you get when you bring together Charles Dickens, the New York City Lunatic Asylum, Bob Cratchit, Jacob Marley, Nellie Bly, a single mother and her children grappling with today’s challenges, and a modern day Scrooge? You get "The Ghosts All Around You", a brand new musical by Jonathan and Kimbirdlee Fadner, starring a diverse and multi-generational cast of Main Street Theatre & Dance Alliance actors.​ 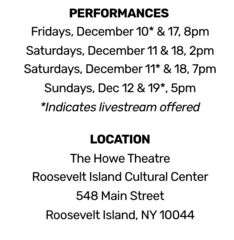 THEATRE DIRECTING CREDITS: INTO THE WOODS, THE WIND IN THE WILLOWS, BEAUTY AND THE BEAST and THE MONKEY KING (MSTDA Children’s Theatre 2018-2021)

*This program is supported, in part, by public funds from the New York City Department of Cultural Affairs in partnership with the City Council, Office of Ben Kallos, and a grant from the State of New York Council on the Arts. 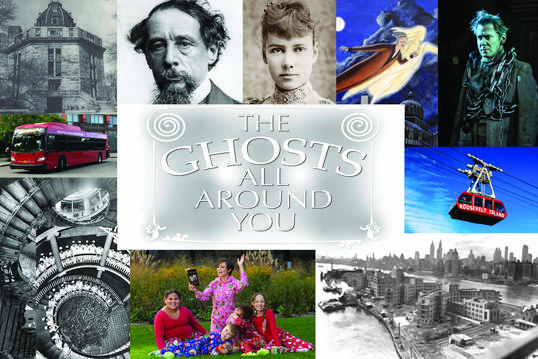